All Collections
Horse Ownership
When should I use the Validate button in the Owners window?

When should I use the Validate button in the Owners window?

T
Written by Trish Fink
Updated over a week ago

The Validate button is the most important tool when it comes to changing horse ownership, allowing you to quickly determine whether ownership has been recorded correctly. Ardex will detect dates where ownership isn't correct and advise.

Ardex strongly recommends using the Validate button both before you start making changes to horse ownership, and immediately after processing you have finished.

By using Validate both before and after, you receive immediate visual confirmation that ownership is up to date, which in turn ensures that functions such as invoicing will proceed as expected.

Below are some examples of Validation responses;

In the example below, the horse had a single owner (Advark), who then sold a combined 70% to multiple owners on 31/12/2017. The sold/bought dates align, and the horse validates to present day. 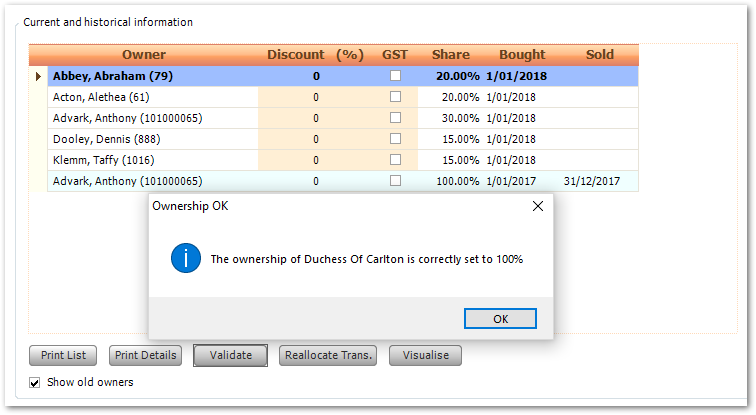 In this example, a share sale has been wrongly provided from Anthony Advark's initial (historical) 100% ownership on 31/12/2018. 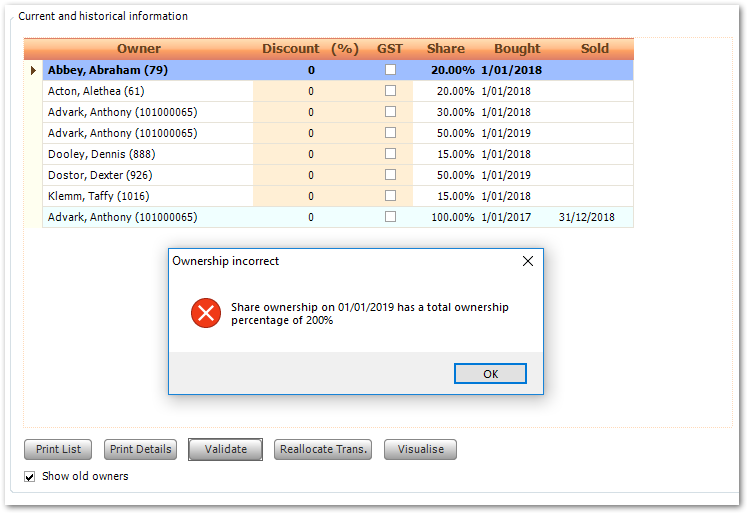 In the below example, Dennis Dooley sold his 15% stake in the horse (refer to the Sold date), however it hasn't been allocated to another owner. 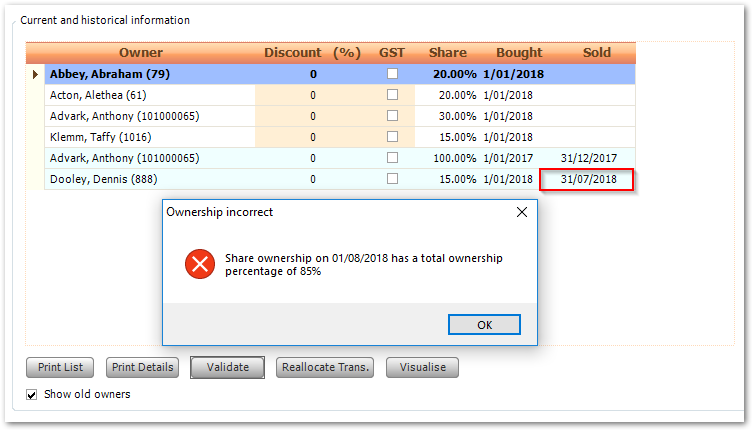 In this instance the 15% needs to be allocated to an owner, or the sale date removed. This scenario can occur if the Sell Share option "Sell this share, but I don't have another owner to assign it to (yet)" was used. This might happen if the new owner has not yet been entered into People & Firms.

The reasons for Validation errors can vary, the scenario's above are an example only.

Did this answer your question?